Year 3 & 4 students of room 9 at Woodlands Park Primary School are creating their own News Paper.  The children were asked to interview an interesting family member and write an article to go in the newspaper.  Ryan Taylor, year four chose Sarah Valentine.

Sarah Valentine is the director of BGT Actors, Models & Talent, an actor and Mum to Charlie (my other brother).

Sarah runs BGT and develops computer software for this type of business.  She works as an actor and Sarah teaches people how to do different accents.  It always makes me giggle.

BGT is run from two offices, one at Sarah’s home and one on Waikumete Road, Glen Eden.  Sarah has a team of staff who help her.

BGT is almost a 24hr a day business.  Sarah says she is always looking out for people she likes and thinks would be good on T.V.  She might be walking through the mall and see someone, so she gives them a business card and talks to them a bit, then she asks them to check out the website, where they can fill in an application to join her agency.  Sarah is always looking for new talent.

As an actor, Sarah has featured in; Some theatre and a few plays, a number of T.V. series including, Shortland Street, Hounds, and sometime in the next few weeks she will appear on Brendhan and Jason’s Brit Comedy Friday, Friday nights on T.V. one at 8.30pm.  Earlier this year Sarah worked with Jane Campion, Holly Hunter, Robyn Malcolm, Alison Bruce and Jay Ryan in a mini series called Top of the Lake.

In 2011 she played the best friend of the main female character in The Insatiable Moon.  She worked with lots of New Zealand’s well-known actors such as; Rawene Paratene, Sarah Wiseman, Ian Mune and Greg Johnson.  Her latest role was on a full length feature film, Romeo and Juliet.  This film is currently at Weta Workshops with Peter Jackson.

She has also acted in the full length feature film, Broken Hallelujah and the one off New Zealand drama, Bloodlines. Sarah played the part of German

Sarah’s very first acting role at age six, was as the fairy on top of the Christmas tree in a Christmas play.  She says that is her favourite of her career.

Before she started BGT, 15 years ago in 1998, when she was 29, Sarah lived and worked in the UK, Los Angeles, Hollywood and Sydney.

Sarah’s talent have been in many, many T.V. shows and movies.  Some of those include; T.V advertisements, Shortland Street, Lord of the Rings trilogy, Spartacus, Outrageous Fortune, Go Girls, Insatiable Moon, Bridge to Terabithia, Narnia, Prince Caspian, Avatar, The Last Samurai, Master Chef New Zealand.

Sarah says, “If something is shot in New Zealand, BGT has usually got someone in there somewhere, doing something….”

BGT are just ordinary people who want to be on T.V.

If you would like to be on T.V. or in a movies go to: www.bgt.nz 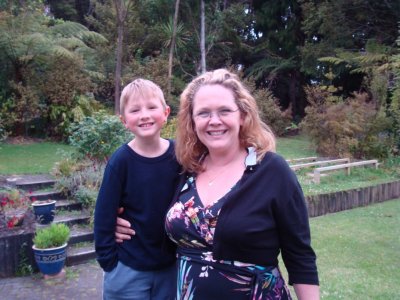