Dwayne “The Rock” Johnson has been earning his fair share of attention in recent months thanks to his starring roles in Journey 2: The Mysterious Island, this summer’s G.I. Joe: Retaliation and confirmation that he’ll have a role in Michael Bay’s Pain & Gain, while also returning for Fast and Furious 6.

If the soon-to-be-40-year-old wasn’t keeping busy enough, today saw confirmations of the once undisputed WWE Champion landing starring roles in a pair of graphic novel-based action films: Hercules and Ciudad.

Ciudad marks the first feature directorial gig for Joe and Anthony Russo since 2006 when they helmed You, Me And Dupree. Since then, the brothers have work on TV shows including Community and Happy Endings. The film is based on the upcoming Oni Press graphic novel written by the brothers Russo and Ande Parks, which follows “black market mercenary who’s hired by a Brazilian drug lord to rescue his kidnapped daughter.”

Ciudad is being pitched as a hard-hitting, gritty action flick, something of a departure for the comedy-rooted Russos.

On the more mythical side of things, Variety has the scoop that Johnson has also signed for the upcoming Brett Ratner project Hercules, confirming early reports of Johnson being in talks for the part in February. The film is based on the Hercules: The Thracian War comics from Radical Publishing, split among two limited series, both written by Steve Moore with art by Cris Bolsin.

This take on the Greek demigod, sees Hercules under the command of the Thracian King as a leader and trainer of his armies. Moore’s unique spin on the character caught the attention of Peter Berg years ago. In an interview with Comic Book Resources, Moore explains what his Hercules is all about: 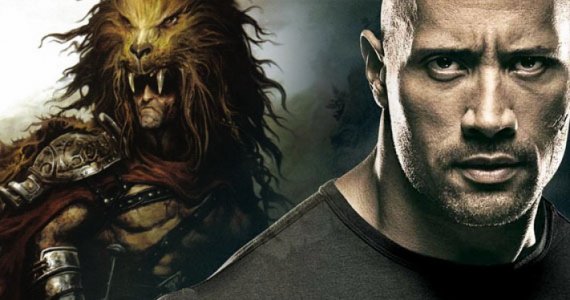