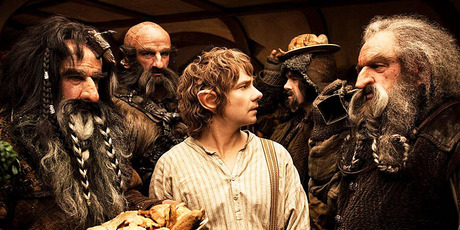 The first Hobbit film will premiere in Wellington. Photo / Supplied

The world premiere for Peter Jackson's hyped first Hobbit film is set to be held in Wellington.

The Hobbit: An Unexpected Journey is set for release on December 13, but will premiere on November 28 in Wellington, it was announced today.

Stars from the movie are expected to attend the premiere, along with thousands of fans.

"The Hobbit's world premiere will be a celebration of Sir Peter's devotion to Wellington as well as a great showcase of the Capital City's creativity," she said.

"This is fantastic news for Wellington and the country. It will be a real crowd pleaser as we welcome the movie's stars back for another landmark event," said Key.

"Wellington has shown it's a great place to hold a world premiere as it did for The Lord of the Rings: The Return of the King in 2003, when around 120,000 people lined the city's streets to salute the filmmakers and stars."

The second film, The Hobbit: There and Back Again, is set to be released on December 12 in 2013.

Filming is expected to finish in the next month.