LOTR casting call: 'Look like a leather handbag or have a gazillion wrinkles' Do you have a "wonderful nose" or "character face"? (Photo / Lord of the Rings)

Short and tall New Zealanders with "wonderful noses", "character faces" and lots of hair this is your time to shine.

Casting agents for the upcoming Lots of the Rings TV show, which will be filmed in Auckland, are desperately looking for people to play extras as orcs.

Two Auckland agencies have requested applicants for the world's most expensive TV show ever, costing more than $1.5 billion in production.

In a frantic hunt, one agency has turned to Facebook, requesting anyone who has "wonderful noses and character faces".

The other was more specific with their requirements, asking for people of all ethnicities who are under 1.5m or over 1.95m, with a lack of teeth or heavily wrinkled skin.

"HAIR HAIR HAIR — if you have natural red hair, white hair, or lots and lots of freckles," the agency requested in the Facebook post. 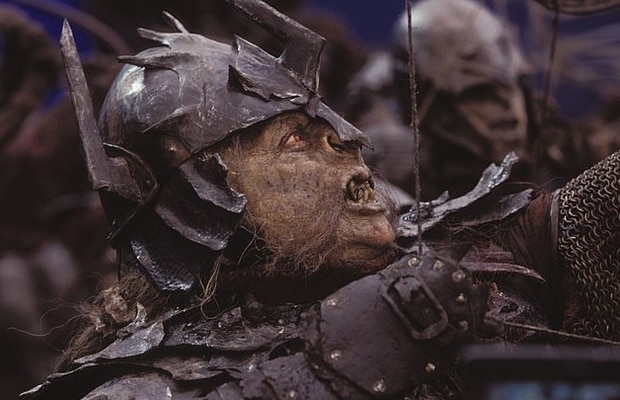 If you have a few wrinkles and your face is a little "ugh", BGT Actors Models and Talent say this might be the role for you. Photo / Lord of the Rings

The successful extras will be paid around $295 per day to pretend to be a fictional humanoid creature or a hobbit.

One applicant for the Amazon production, from Christchurch, told the Wall Street Journal that he was encouraged to apply by his friends who persuaded him that he had a "character face".

Nick King told the newspaper that in the application he had to answer questions to whether or not he could change between accents and if he had sword-fighting training.

Another interested orc extra answered the online advertisement revealing that he had lost all his teeth a few years ago from a surfing accident. Justin Smith revealed: "I've got more than missing teeth, I've got none."

BGT Actors Models and Talent began casting calls in October. The Auckland-based company posted a video on Facebook asking: "Do you have a few wrinkles? Have you been out in that sunshine? Is your face a little ugh?"

If you "look like a leather handbag or do have a gazillion wrinkles", you would qualify for the role. Citing confidentiality agreements, BGT's director Sarah Valentine declined for comment to the Wall Street Journal.

The project is expected to deliver a massive boost for Auckland's economy, and unprecedented opportunities to grow jobs and careers in the region.

"This is a really exciting opportunity for Auckland," Mayor Phil Goff said.

"This is a great place to make films and TV, and Amazon's new series is another chance to demonstrate our skills and capacity to the industry worldwide."

While pre-production is well under way for the new TV show, the actual filming is not expected to begin until 2020.