Battle of the brains

It’s brain vs brawn as the brand new series of Red or Black? gets off to a breath-taking start, complete with celeb spelling bees, gladiatorial head-to-heads and chart-storming artist performances.

First up: all round clever clogs Jonathan Ross and mathematical whizz Carol Voderman will have to hold their nerve as they battle it out in a tension-fuelled spelling contest on Saturday’s show.

But who will prove victorious in the tongue-twisting battle of words? And who will the contestants pick as their spelling superstar?

And that’s not all! The show will also see a professional wrestler pitted against a former American gladiator in Breakthrough. Reuben Dejong and Mike O’Hearn will have to smash through 11 panes of reinforced glass in a race to the finish. Let's hope they're not too shattered on the finishing line.

Meanwhile, two of the world’s leading card-throwers will be doing amazing things with just a simple pack of cards as they put their skills to the test in Wildcard.

The first show in the new series also features an exclusive performance from Bajan stars Cover Drive, who unveil a specially-crafted version of their hits Twilight and Explode.

Among the eight contestants battling it out are a policeman from east London, a travel agent from Plymouth and a 37-year-old tap dance teacher. Each show will culminate in one finalist facing The Vortex.

In the nail-biting finale the contestant will pick their chosen colour, watch the sequence flashing in the centre of The Vortex and release the trigger. If the ball hits the end zone in their chosen colour they win, otherwise they leave with nothing. 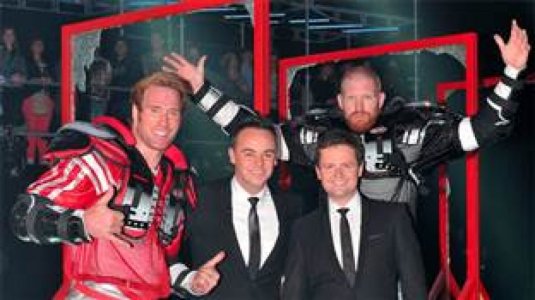