The Hobbit confirmed for Comic-con 2012

With Comic-Con 2012 a mere matter of weeks away, announcements are starting to come through, including the confirmation that The Hobbit will feature at the event.

The film’s Facebook page broke the news: “We're excited to announce that we will be bringing The Hobbit: An Unexpected Journey to San Diego Comic-Con! Join director Peter Jackson, producer Philippa Boyens, Sir Ian McKellen, Martin Freeman, Andy Serkis and Richard Armitage for a special look at the upcoming film on Saturday, July 14th, in Hall H.” So there you have it.

If anything could have made us more excited than we already were about about jetting off to San Diego, this would be it. Although, it sounds like there are a few more exciting Warner Bros projects set to be unveiled there.

According to a round-up by FirstShowing.net, Guillermo del Toro’s Pacific Rim will be showing off some footage, and there will be a ‘surprise appearance from Gareth Monsters Edwards’ Godzilla. Plus, it’s getting ever more likely that Comic-Con will be the place to get the first look at Zack Snyder’s Man Of Steel.

So, all in all it’s looking like Warners will have plenty to fill The Dark Knight Rises-shaped hole that will be left in the wake of its release. It’s reassuring to know that there will still be plenty to look forward to. 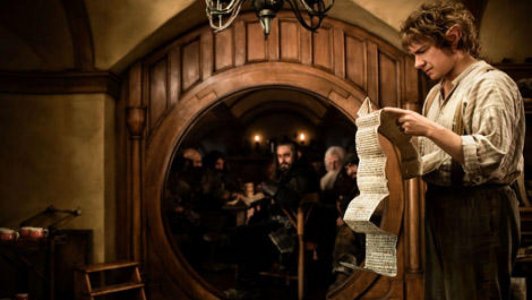