Top of the Lake - Jane Campion

Top of the Lake starts shooting in February

Upcoming mini-series Top of the Lake, produced by Emile Sherman and Iain Canning of See-Saw Films (The King’s Speech, Shame) and Philippa Campbell of Escapade Pictures goes into production on 7 February.

Written by Jane Campion and Gerard Lee and directed by Campion and Garth Davis, the 6x60minute, 7×50 minute series will shoot on location in Queenstown, New Zealand.

Top of the Lake is co-produced by UKTV in Australia and New Zealand, BBC TWO in the UK and Sundance Channel in the US, with BBC Worldwide distributing the series internationally.

Synopsis: Top of the Lake is a powerful and haunting mystery about the search for happiness in a paradise where honest work is hard to find.  Set in the remote mountains of New Zealand, the story follows the disappearance of a five months pregnant 12-year-old named Tui who was last seen standing chest deep in a frozen lake. In this classic mythic struggle, investigating detective, Robin Griffin (Moss), must lose herself in order to find the missing girl.  During the investigation, she collides with Matt Mitcham (Mullan), Tui’s father, a local drug lord, and G.J (Hunter), a guru at a local women’s camp.  Robin will find this the case that tests her limits and sends her on a journey of self-discovery. 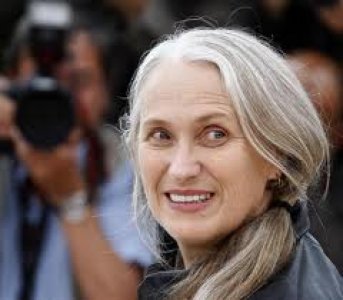