Watch: PJ picks up the pieces

Peter Jackson takes you behind the scenes of the making of THE HOBBIT. In this video blog, he covers additional photography for movies two and three.

Picking up where you left after a year is not easy, Peter Jackson's first The Hobbit production blog of 2013 shows.

The clip covers the so called pick-up shooting for which "props, people, and sets" where reunited in Wellington in the last couple of months.

It gives insight in how the huge sets that had been mothballed after principal photography wrapped up last year were re-assembled.

Highlights include the work-out to get the actors who play the company of dwarves back in shape and the complicated process of getting the bird poo on Sylvester McCoy who plays Radagast the Brown just right.

"Because we all know, poo changes, it cracks and now we have to make it look exactly how it looked last year," the film's make up and hair designer Peter King said.

We also get a glimpse at the plight of the casting crew, trying to get back the scores of elf extras. "One is in London and the other has put 30 pounds..."

The work on the last two Hobbit movies will keep Jackson so busy, that he won't be able to present anything at this year's Comic-Con in July, he announced in the video.

"This is the last ditch shooting that we're doing and it's going fantastic and they're going to be great movies and I just had to take the Comic-Con burden off my shoulders.

"I am sure you will see more about the movie, just nothing at Comic Con," he said.

Over the weekend Jackson posted that shooting for a number of The Hobbit's major characters had already wrapped up.

On Saturday he shared a picture of himself and Ian McKellen just after shooting ended for the Grey Wizard Gandalf the night before.

"Seconds ago we finished our last shot with Gandalf. The end of an incredible adventure that began in 1999. I'm feeling very sad right now," Jackson said.

Shooting has also finished for Evangeline Lilly, who plays elf Tauriel, and Orlando Bloom, who reprised his role as Legolas, which he played in Lord of the Rings.

The British actor and husband of Miranda Kerr celebrated his wrap, after 14 years in the role, with the evergreen internet classic,They're Taking The Hobbits To Isengard.

Wellington-made The Hobbit: The Desolation of Smaug will be released on December 13.

The book, written by JRR Tolkien, has been transformed into a three-part movie by a team in Wellington led by director Jackson.

The first part of the Hobbit trilogy was premiered in Wellington last year. However, the second movie, The Desolation of Smaug will not have its world premiere in Wellington. 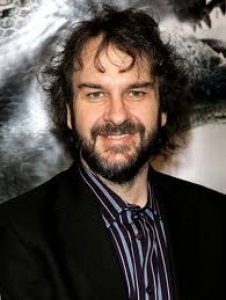