Beyond the Darklands – Unveiling the Predators Among Us is a 6 x One Hour Series created by Screentime for TV1- 9:30 Wednesdays

(Nigel Latta – Into the Darklands)

How do people become murderers? Are they born with some kind of rogue gene for evil? Or, has the life they’ve lead bought them down the wrong path and tipped them over the edge? What is it that makes a man a murderer?

In this gritty and engrossing documentary series, Forensic Psychologist, Nigel Latta,examines the lives of 6 of New Zealand’s worst murderers to answer these questions. This is an extraordinary series that takes you behind the headlines to the real stories. People who grew up with these murderers along with victims who have survived and the families of those who have not give highly emotional accounts of the kind of people these men were and what they were capable of. All, have been forever scarred by their association and their stories make for a gut wrenching journey into the darklands.

(Clinical Psychologist, Nigel Latta has spent 16 years working with child sex offenders, rapists, murderers, arsonists and violent offenders. He has worked in prisons, and with offenders in the community. He is a specialist report writer for the High Court, District Court, Youth Court and Family Court, and lectures at the New Zealand Police College on advanced interviewing techniques with sex offenders, and youth offenders, and also teaches on the Intelligence analysis course.)

William Bell was born in Mangere in 1978. Both his parents had gang connections and neighbours have described the household as the real Once Were Warriors. Bell was a precocious offender from the age of 8 and by the time he was in his twenties he was serving a 5 year sentence for the vicious aggravated robbery of a service station. Bell was on parole in 2001 when he carried out his violent attack on 4 people at Mt Wellington, Panmure RSA. He killed Wayne Johnson, Mary Hobson and Bill Absolum. He left Susan Couch for dead.

Jules Mikus was born in Wellington in 1958. His parents came to New Zealand as Hungarian Refugees and Mikus’s father would later be convicted of rape and accused of several sex offences against young girls. Mikus even claimed that he’d been abused between the ages of 5 and 12. Jules Mikus served time for an attempted rape of a young Naenae girl and then, in 1987 he raped and Murdered Teresa Cormack in Napier. Because of errors in the police investigation, it took 14 years to bring him to justice and Mikus but in 2002 he was sentenced to life imprisonment.

Paul Bailey was born in the English Midlands and was problem to his family from the beginning. As he grew older he became a thief and a drug addict who surrounded himself with younger people he could control. In the small town of Ettrick in Central Otago, he repeatedly raped a 12 year old girl, but went undetected until the attempted rape of an older woman in 1991. While out on bail for the latter offence he abducted 15 year old Kylie Smith in Owaka, South Otago. She was brutally raped and then shot in the back of the head as she was dressing.

Terry Clark wanted to be a gangster and, by the end of his short career he had caused dozens of deaths and amassed a major fortune from drug dealing. His story is one of a bad boy gone worse – as a boy he was cruel and manipulative and, as a man, he extended his repertoire to include torture and murder. In 1980 he was convicted of the murder of his former partner, Martyn Johnstone and sentenced to life imprisonment in Parkhurst Prison on the Isle of Wight. He died mysteriously 2 years later.

Taffy Hotene was born in Murupara in 1970, but was brought up in a chaotic and abusive foster home in Mangere. By the age of 16 Hotene was being arrested for attempted rape and when he got out of prison he immediately offended again with a series of brutal attacks on women in Wanganui. Hotene was sentenced to 12 years for these attack and, only seven weeks after being released on parole in 2001, he raped and murdered Auckland journalist, Kylie Jones in a frenzied attack in a Glen Innes park.

Bruce Howse was born in 1963, and brought up in the small Hawkes Bay town of Dannevirke. He was the youngest of six children in a very dysfunctional family and he started thieving at an early age. He had children to two partners and he was known to abuse both the children and their mothers. On the 4th December 2001 he murdered Saliel Aplin and Olympia Jetson in the sleepout at their Masterton home.

Making Beyond The Darklands was a challenging process. The subject matter is very sensitive and the main goal was to ensure that the content was treated respectfully and that the series did not revictimise the victim¹s and families involved.

A key element of the approach was to go to the families for permission to tell the stories. Some turned us down, meaning that the subjects changed over time, but the first story into production was Paul Bailey.

Nigel and Producer John Bates combined efforts to track down the people to interview for the Paul Bailey story. This initial research and filming set the tone for the rest of the series.

From there a dedicated effort from a small team worked tirelessly to make the series. The arrival of researcher Eugene Carnachan gave us access to some of the toughest stories we covered. Eugene combined with John Bates, managed to find and interview almost 100 people who were willing to talk about their association with each of five other murderers.

Nigel viewed all the material and conducted his own research to make his analysis of the offenders, and after our Story Editor Karen Bates had selected material to be included in the documentary Nigel selected the pieces that he wished to use for his commentary.

While John and Karen wrote the accompanying narration co-Director Rupert McKenzie began work with Director of Photography, Mark Chamberlain on creating visuals to go with the story.

Composer, Tom Ludvigson wrote the music and the elements were all brought together in the edit suite by Rupert McKenzie and Editor Francis Glenday. 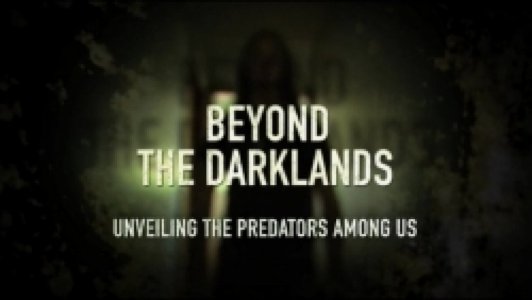