It's a typical New Zealand town, except for the eye-poppingly high murder rate.

Welcome to fictional Brokenwood, the scene of the new $4 million Kiwi drama series The Brokenwood Mysteries.

The series stars New Zealand actors Fern Sutherland and Neill Rea and the main set for the Brokenwood Police Station is at South Pacific Pictures' studios in West Auckland.

Sutherland played Dawn on The Almighty Johnsons. It's Rea's first leading screen role after apperainces in Go Girls and the 1999 movie Scarfies. In Brokenwood, he plays Detective Inspector Mike Shepherd, who's great at being a cop, awful at being in relationships. 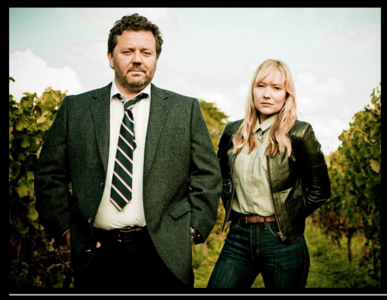