A story of love and understanding set amidst the tensions and uncertainties of the days immediately following the Japanese surrender at the end of World War II. On the staff of General Douglas MacArthur (Tommy Lee Jones), the de facto ruler of Japan as Supreme Commander of the occupying forces, a leading Japanese expert, General Bonner Fellers (Matthew Fox) is charged with reaching a decision of historical importance: should Emperor Hirohito be tried and hanged as a war criminal? Interwoven is the story of Fellers' love affair with Aya, a Japanese exchange student he had met years previously in the U.S. Memories of Aya and his quest to find her in the ravaged post-war landscape help Fellers to discover both his wisdom and his humanity and enable him to come to the momentous decision that changed the course of history and the future of two nations.

Filmed largely in New Zealand (Auckland, nationwide) including a small crew who travelled to and filmed in Japan. 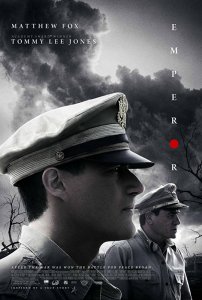