Outrageous Fortune is a New Zealand comedy-drama television series, which ran from 12 July 2005 to 9 November 2010 on TV3. The series followed the lives of the career criminal West family after the matriarch, Cheryl (Robyn Malcolm), decided the family should go straight and abide by the law. The show was created by James Griffin and Rachel Lang and produced by South Pacific Pictures. 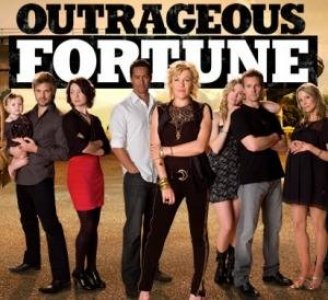