Five years ago our heroes the Duckrockers thought they had figured it all out - they had found themselves girlfriends to take to Siones wedding and the future was looking bright: Michael had come to accept that commitment wasnt for him and he was always going to fancy white girls; Albert had finally hooked up with his co-worker Tania; Stanley, always the weird one, had managed to find himself a nice girl one of the catering staff from the wedding; and Sefa had even got the courage to propose to his long term girlfriend, Leilani. And Bolo? Well, apparently his name is actually Paul.

Fast-forward five years and things havent quite gone as the boys might have planned: Albert is now married to Tania and they are living in suburbia, both working in insurance and also trying (unsuccessfully) to have a baby; Sefa and Leilani are still together and now have two kids although despite Sefas proposal, theyre still not married. And while Sefas business is falling apart, Leilani seems to be living life to the full; Stanley is now a trainee Deacon in the Future Church; Michael has moved to Australia but the boys dont hear from him often; and Bolo has thrown in his job with Sefa and taken up work with Sione, Michaels younger brother.

Growing up appears to be driving the Duckrockers apart but when theyre confronted with one of lifes unexpected turns and Bolo goes missing, their Minister once again brings them together and sends them on a quest. Their mission: to find Bolo. Where do you start when you are looking for this one Samoan in the worlds largest Polynesian city?

As they set off on the physical search for Bolo, each of the Duckrockers is also on a personal journey of sorts. But of course, the Boys being the Boys, the way they deal with things can only go wrong 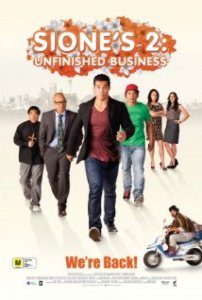