Low budget Kiwi film The Insatiable Moon has taken out one of the top prizes at the prestigious Moondance International Film Festival.

The American film festival, described as 'the American Cannes' has awarded The Insatiable Moon the Atlantis Award for feature films made outside the USA. In announcing the award, festival director Elizabeth English said the film received a high rating from the Moondance jury, and reminded her ofOne Flew Over the Cuckoo's Nest.

Passed over for funding from the NZ Film Commission, The Insatiable Moon has achieved solid box office success in New Zealand and gained a UK distribution deal. The film received four stars from the industry-leading Empire magazine, which described it as 'a moving original film that deserves to be seen', and 'another reminder of the quality of Kiwi filmmaking'. The story is set in Ponsonby, and features such veteran NZ actors as Rawiri Paratene and Ian Mune.

For director Rosemary Riddell, it's not her first success at the Moondance festival. In 2006 she took out the Sandcastle Award for her short film Cake Tin. Riddell is unique in being the first ever feature film director with a day job as a District Court judge.

On learning of her most recent award, Riddell said: "It's always gratifying to be attracting recognition internationally, especially when the film was shot on a shoestring. A large part of our success is down to the quality of the acting and the experience of our cinematographer, Tom Burstyn." Although unable to travel to Colorado to collect the award, she plans to have a quiet celebration on the day.

The screening of the film at Moondance in Boulder, Colorado, will take place on Sunday 18th September. 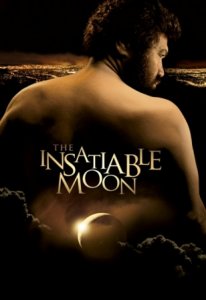