My unforgettable memorable moment as a featured extra was bellowing out my own lines at a rather impromptu audition. “These folk are the history of Ponsonby!” I cried out on the set of “Insatiable Moon”, a New Zealand movie.  Add to that the previous week where tears were streaming down my face at their funeral scene after catching a cold the night before. So you get a picture of the budding actor who seeks to extend himself to catch a glimpse of the lime-light and continue writing books. Acting is fun! I love the camera and I’m not afraid to be a fool in front of it. Most of the time it’s not required to be impetuously stupid though.

The last two years with BGT have been wonderful. I’ve acted as a featured extra for Shortland Street, Insatiable Moon, and been an extra with several movies, such as one still be released, Ice as well as Yogi Bear, Hopes and Dreams to name a few. The more acting jobs you do you get to see some familiar faces and begin to bond as friends and compare notes.  As anyone who has become successful as an actor, you must start from the beginning. But most of all it’s really exciting when the doors open you get some wonderful opportunities. 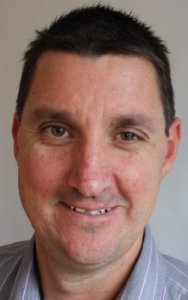